The Wise Dogs are excited to anounce that we have signed singer/songwriter Faye Bagley to her first record deal.

Busker by day and solo artist by night, Faye’s talent was first spotted on the streets of Birmingham by Circle Studios’ owner, record producer Trevor Gibson. While shopping Faye around a number of record labels Trevor was told by one A&R manager that he may have found ‘the next Stevie Nicks’. The pair have worked together developing Faye’s songwriting, which might be described as mainstream pop with folk and country influences, for the last 18 months.

Faye says she has been heavily influenced by artists like Sheryl Crow, Alanis Morrisette and Tracy Chapman. 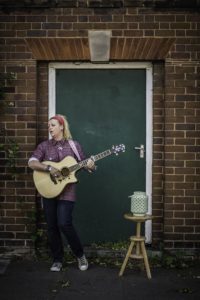