Both the new album and single feature the stunning vocals of Victoria Grebezs and lush electronica and production of Morgan Davenport.

And watch the video at Youtube – Upon The Star

The viral spread of Hang Massive’s first music video release, the hypnotic instrumental ‘Once Again’ (2011), generated over 60 million views online (including 19 million for the track on the band’s own YouTube channel alone) and introduced many to an amazing new instrument, the hang drum. The band’s organically nurtured global fan base includes 128,000 YouTube subscribers and 150,000 Facebook fans and continues to grow.

Hang Massive founders, Danny Cudd and Markus Offbeat, met on the shores of Goa, India where they passed the winter months enjoying the enlivening and creative vibe that flourishes there. When not touring, their time is now split between their studio bases in Goa and Bristol. 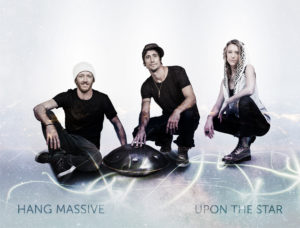 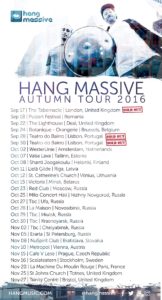